Mr Sanjeev Agarwal has been a National finalist in UK for the prestigious Laing Buisson award. This has been awarded on the basis of outstanding results of hip and knee replacement surgery undertaken by Mr. Agarwal at Spire Cardiff Hospital. An audit of results of joint replacement found a minimal complication rate and short hospital stay. This has been possible with the expereince and high level of training along excellent teamwork and facilities. 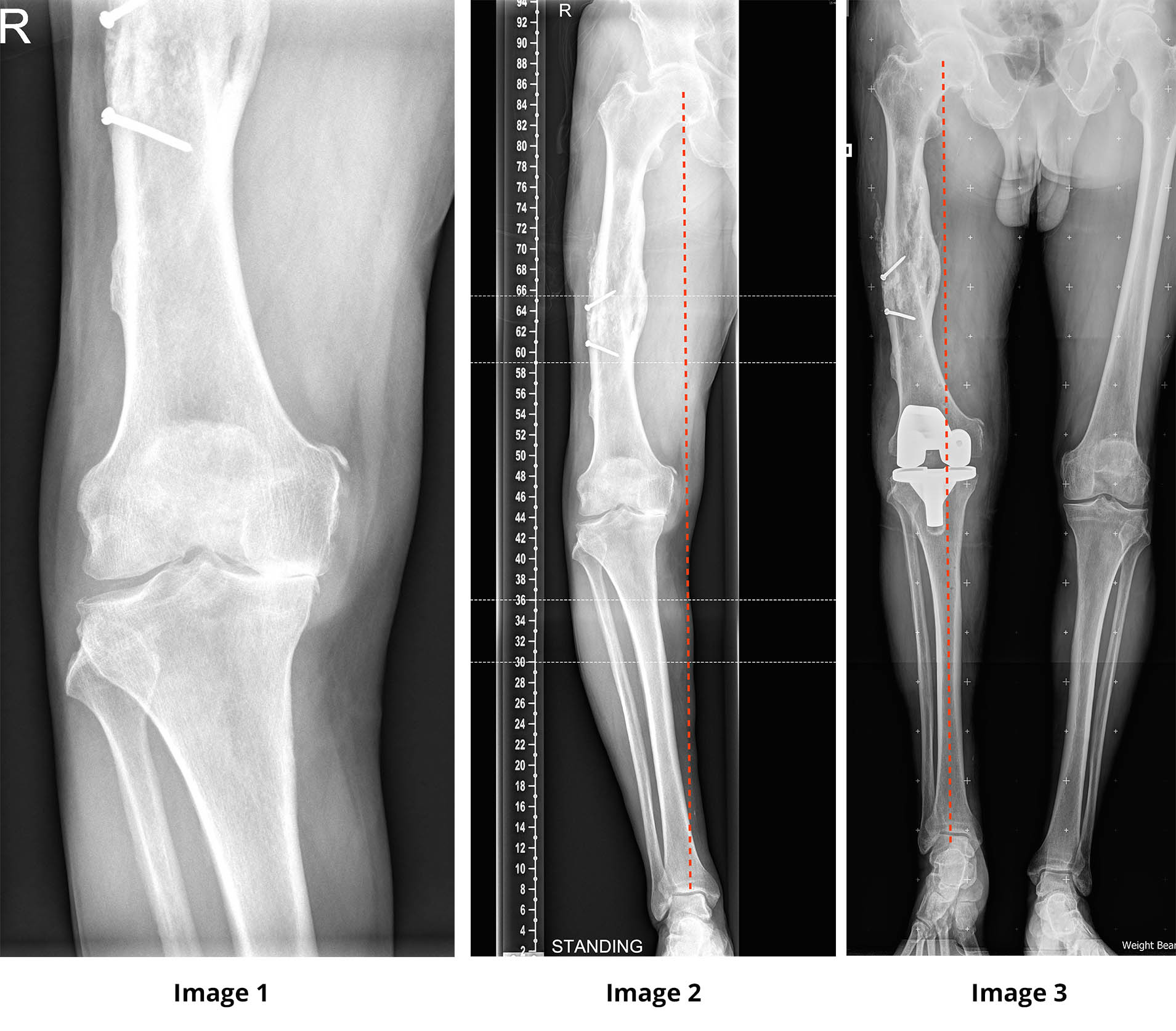 Knee radiograph of an 84-year-old gentleman with advanced arthritis of the right knee (image 1). He had a fracture of the femoral shaft 30 years previously, which had healed in a deformed position with obliteration of the femoral intramedullary canal (image 2). His mechanical axis (dotted red line from the centre of the hip to the centre of the ankle) was passing on the medial side of the knee joint leading to accentuation of the deformity.

A standard knee replacement would not be possible due to the obstructed femoral canal. A computer navigated knee replacement was undertaken and this helped restore his mechanical axis. Following the surgery, the axis was again passing through the knee joint (image 3). He was walking painfree and without any crutches within 6 weeks of the operation.